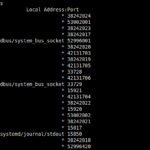 In this short quick article, you will learn how to find all clients (using their IP addressees) connected to an Apache or Nginx web server on HTTP or HTTPS ports on a Linux server. In Linux, every service running on the server listening to the socket for a client to make a connection request. Upon
Read More 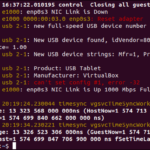 The dmesg command lets you peer into the hidden world of the Linux startup processes. Review and monitor hardware device and driver messages from the kernel’s own ring buffer with “the fault finder’s friend.” How Linux’s Ring Buffer Works In Linux and Unix-like computers, booting and startup are two distinct phases of the sequence of events
Read More 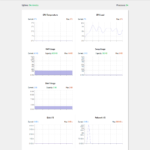 A while ago, we have written about Netdata, a lightweight, real-time performance and health monitoring tool for systems and applications. It monitors almost everything in a system and displays the result in a nice graphical layout in the web browser. Netdata requires no configuration and no dependencies either. It just works out of the box.
Read More 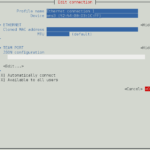 Adding a new hard drive or solid-state drive to your Linux computer? You’ll need to edit your fstab file. A lot of people find the very idea scary. Yes, it’s critical that you get it right, but armed with the right knowledge, it really isn’t difficult. We step you through the process of editing your
Read More

Solid-state drives improve the performance of aging computers and turn newer PCs into speed machines. But, when you shop for one, you’re bombarded with terms, like SLC, SATA III, NVMe, and M.2. What does it all mean? Let’s take a look! It’s All About the Cells Current SSDs use NAND flash storage, the building blocks of which
Read More 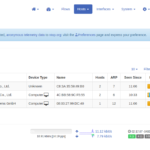 Ntopng is a free, open-source and very useful network monitoring tool that can be used to monitor network traffic in real-time. It is a high-performance, low-resource and next generation version of the original ntop based on libpcap. It is Cross-platform and runs on every Unix platform, MacOSX and Windows. ntopng monitors and reports various protocols
Read More

1 The GREP command- an overview The grep command, which means global regular expression print, remains amongst the most versatile commands in a Linux terminal environment. It happens to be an immensely powerful program that lends users the ability to sort input based on complex rules, thus rendering it a fairly popular link across numerous
Read More 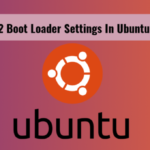