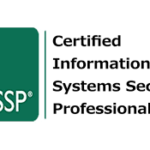 Prepare for CISSP exam with this set of Audio, Simulation exam and Books for free. If you are looking for a complete study and exam simulation including audio book version of CISSP then this is the place to get it. Here is a set of training materials to become  Certified Information Systems Security Professional. I
Read More

Linux administrators should be familiar with the CLI environment. Since GUI mode in Linux servers is not common to be installed. SSH may be the most popular protocol to enable Linux administrators to manage the servers via remote secure way. Built-in with SSH command there is SCP command. SCP is used to copy file(s) between
Read More