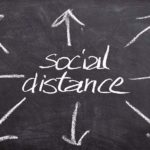 This video shows the historry of most dangerous viruses of the recent past, how it spread between humans and killed millions. watch this video to understand why it’s important to social distance and follow all guidlines of the government in this fuckedup times. Watch this video till the end to understand the importance.
Read More 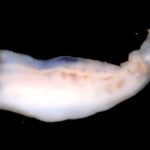 These Bizarre Wormlike Creatures Eat Rock, Poop Sand, And May Even Redesign Rivers Most clams are happy to make their burrow in a nice, soft bed of sand or mud. Not this mollusc. A recently uncovered relative of the shipworm puts the hard into hardcore, chewing holes into rocks and excreting the debris as sand.
Read More 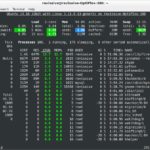 This issue Ken Rigsby has had a bellyfull of the Raspberry. This column isn’t supposed to be a popularity contest, is it? I do hope not, because I’m about to reveal how I feel about one of the bestselling computers that the UK technology industry has ever produced – the Raspberry Pi. Actually, my real
Read More

This guide for supported releases of Ubuntu, Debian, and Linux Mint will provide a local install of the latest FFmpeg tools and libraries including several external encoding and decoding libraries (codecs). This will not interfere with repository packages. You may also refer to the Generic FFmpeg Compilation Guide for additional information. Recent ​static builds are
Read More

For years, security has been BlackBerry née RIM’s bread and butter. It was the company’s major selling point in the early smartphone era, when businesses flocked to BlackBerry, and it’s been a major selling point for both BB10 and the new Android-based Priv. A new report casts doubt on just how secure many BlackBerry devices actually
Read More