Iptables is used to set up, maintain, and inspect the tables of IP packet filter rules in the Linux kernel. You can delete one or more rules from the selected chain. There are two versions of this command: the rule can be specified as a number in the chain (starting at 1 for the first
Read More

Adding a new hard drive or solid-state drive to your Linux computer? You’ll need to edit your fstab file. A lot of people find the very idea scary. Yes, it’s critical that you get it right, but armed with the right knowledge, it really isn’t difficult. We step you through the process of editing your
Read More

Solid-state drives improve the performance of aging computers and turn newer PCs into speed machines. But, when you shop for one, you’re bombarded with terms, like SLC, SATA III, NVMe, and M.2. What does it all mean? Let’s take a look! It’s All About the Cells Current SSDs use NAND flash storage, the building blocks of which
Read More 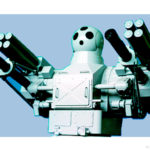 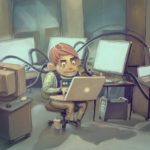 Dear visitor, we have moved to a new domein name, so the old ictgala.com will be deactivated soon. Please add our new adress to your bookmaarks. AdminsCave.com
Read More

In this article, we will share a number of Bash command-line shortcuts useful for any Linux user. These shortcuts allow you to easily and in a fast manner, perform certain activities such as accessing and running previously executed commands, opening an editor, editing/deleting/changing text on the command line, moving the cursor, controlling processes etc. on
Read More