The other day a fellow Linux user and I were discussing about Linux commands. He asked me which Linux command I use the most. I told him one of my most frequently used command is “sudo”. I use it everyday to install, update, remove packages and other administrative tasks on my Linux box. I guess “sudo” is the most frequently used command of many Linux users. If you ever wondered what’s your top most used commands on Linux, here is how to find them.

As you know, the history file (~/.bash_history) keeps a record of all the commands you typed in the Terminal. You can easily find which commands you use the most by using this file.

Let me show you the top 5 most used commands on my Linux box.

Let us break down the above command and see what each option does. 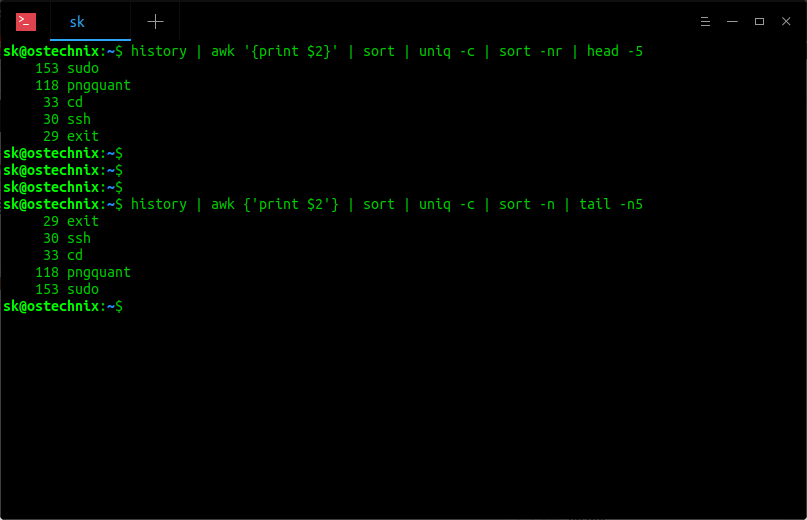 If you don’t want to limit the number of results, simply remove the last part of the above commands:

Now, it’s your time. Go and find out your top most frequently used commands on your Linux box.