nload is a command-line tool to keep an eye on network traffic and bandwidth usage in real time. It helps you to monitor incoming and outgoing traffic using graphs and provides additional information such as the total amount of transferred data and min/max network usage.

In this guide, we will show you how to install and use nload to monitor Linux network traffic and bandwidth utilization in real-time.

Install nload on a Linux System

nload can be easily installed by enabling the EPEL repository on a CentOS or RHEL based systems.

On Debian/Ubuntu, nload can be installed from the default system repositories as shown.

How to Use nload to Monitor Linux Network Usage

Once you have started nload, you can switch between the devices (which you can specify either on the command-line or which were auto-detected) by pressing the left and right arrow keys: 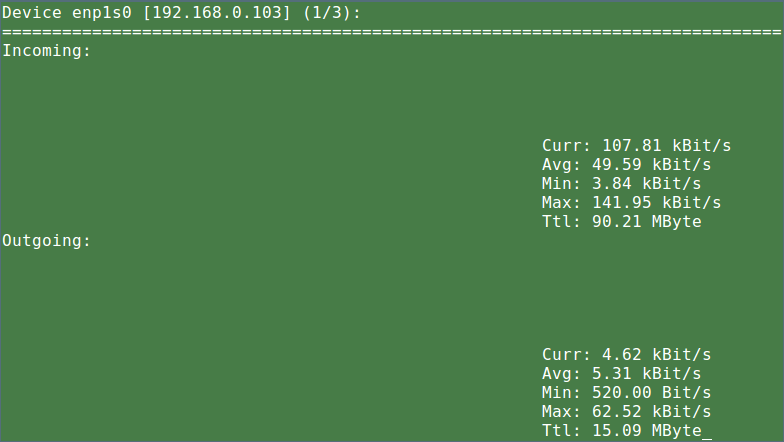 After running nload, you may use these shortcut keys below:

To display multiple devices at a time; do not show the traffic graphs, use the -m option. The arrow keys switch as many devices back and forth as there are shown on the screen: 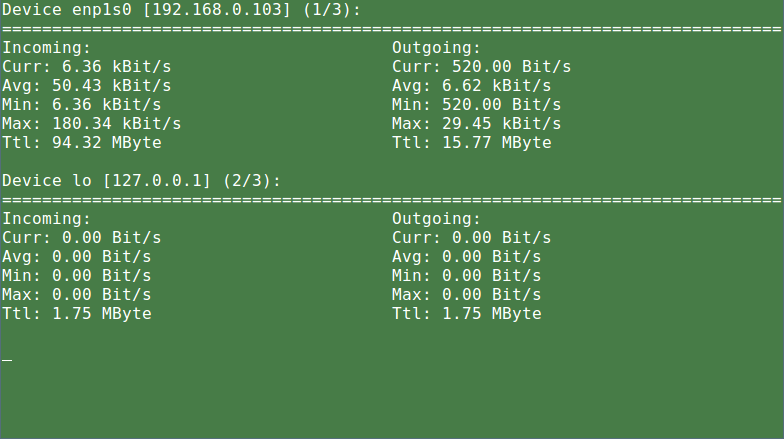 Use -a period to set the length in seconds of the time window for average calculation (default is 300):

You can specify network devices to use with the devices flag (default is “all” – meaning to display all auto-detected devices):