The Linux find command is one of the most important and frequently used command command-line utility in Unix-like operating systems. The find command is used to search and locate the list of files and directories based on conditions you specify for files that match the arguments. find command can be used in a variety of
Read More 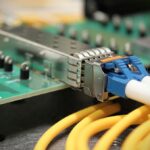 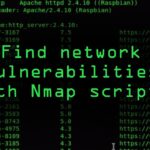 Nmap is a popular, powerful and cross-platform command-line network security scanner and exploration tool. It can also help you get an overview of systems that connected your network; you can use it to find out all IP addresses of live hosts, scan open ports and services running on those hosts, and so much more. One
Read More