Relax-and-Recover (ReaR in short) is a simple yet powerful, easy-to-setup, full-featured and leading open-source bare metal disaster recovery and system migration solution, written in Bash. It is a modular and configurable framework with numerous ready-to-use workflows for common situations.

ReaR creates a bootable rescue system and/or system backup in various formats. You can boot your bare metal server using the rescue system image and initiate a system restore from the backup. It can restore to different hardware where necessary, hence it can also be employed as a system migration tool.

In this article, you will learn how to install and configure ReaR to create a rescue system and/or system backup using a USB stick and rescue or restore a bare-metal Linux system after a disaster.

1. To install the rear package on Debian and Ubuntu Linux distributions, use the following command.

On RHEL and CentOS, you need to enable the EPEL 8 repository, then install the rear package as shown.

3. First, prepare the rescue media, a USB stick in this case by formatting using the rear command-line utility as follows. Once the formatting is complete, the media will be labeled as REAR-000.

4. To configure the output format, use the OUTPUT and OUTPUT_URL variables, enter it in the /etc/rear/local.conf configuration file.

4. Also, ReaR comes with a built-in backup method (called NETFS) which allows you to create both a rescue system and a full-system backup. It creates a simple backup as a tar archive by default.

To enable a full-system backup, add the BACKUP=NETFS and BACKUP_URL variables in the /etc/rear/local.conf configuration file. To create a bootable USB device, combine OUTPUT=USB and BACKUP_URL=”usb:///dev/disk/by-label/REAR-000” as shown.

5. After configuring the rear, run the following command to print out its current configuration for BACKUP and OUTPUT methods and some system information. 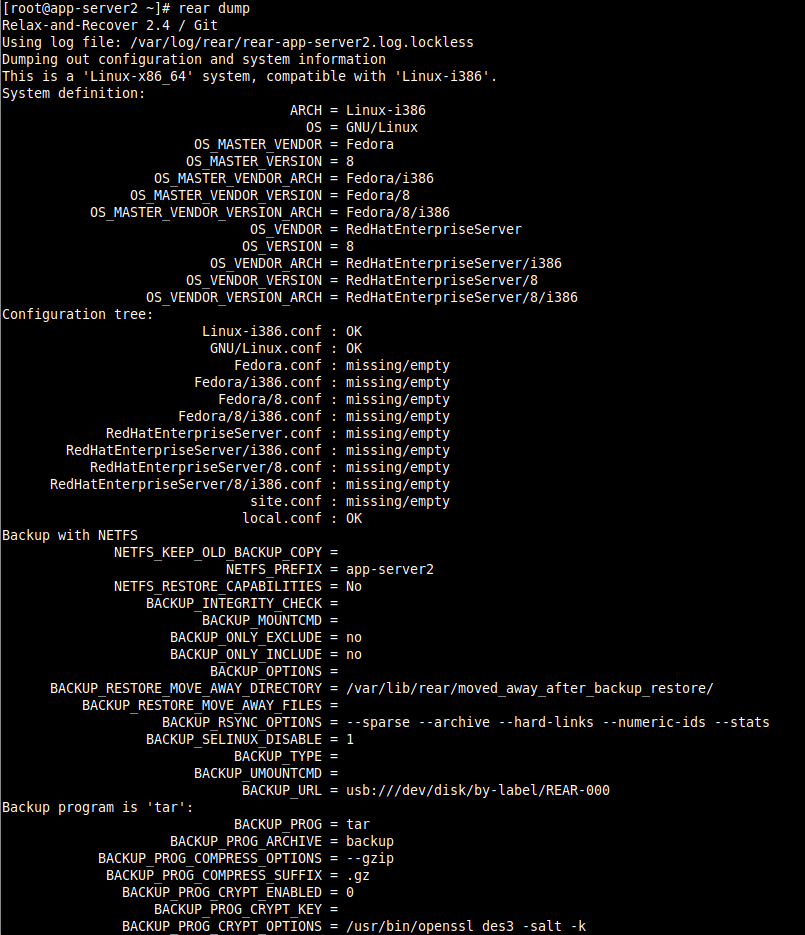 Step 2: Creating a Rescue System and a Full-System Backup

6. If all the settings are fine, you can create a rescue system using the mkrecue command as follows, where the -v option enables verbose mode.

Note: If you encounter the following error after running a rescue or backup operation, as shown in this screenshot.

Format the USB stick using this command and redo the operation.

7. To create a rescue system and backup the system as well, use the mkbackup command as shown.

8. To create a full-system backup only, use the mkbackuponly command as follows.

8. You can schedule ReaR to regularly create a rescue system using the cron job scheduler by adding the appropriate entry in the /etc/crontab file.

The following configurations will create a rescue system or take a full-system backup every midnight. Ensure that your USB stick is attached to it.

9. To restore/recover your system after a disaster, connect the bootable USB stick to your bare metal system and boot from it. In the console interface, select option one (Recover hostname) and click Enter. 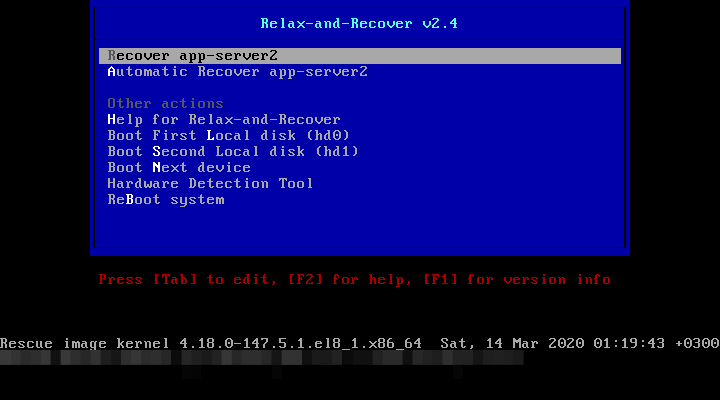 10. Next, the ReaR rescue system will be configured, you may be prompted to provide replacements for the original network interfaces as shown in the screenshot. Once you are done, click Enter. 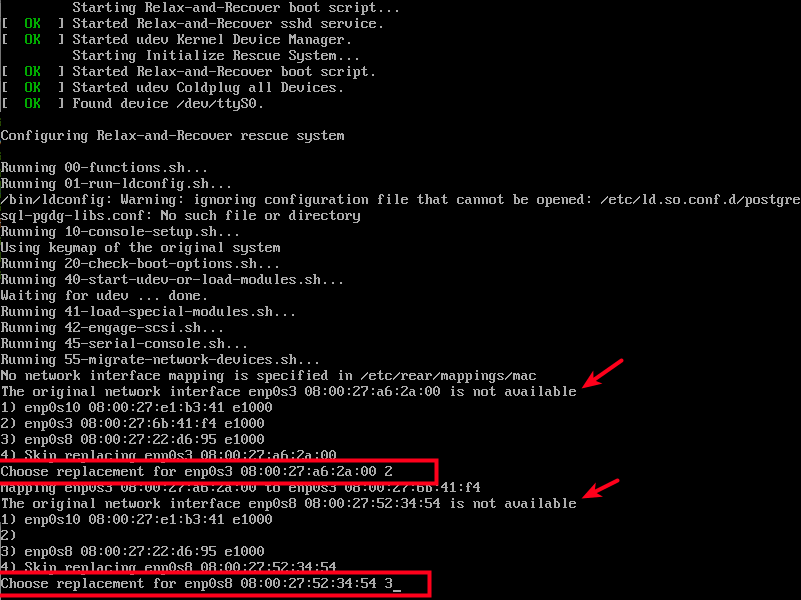 11. Then login as root (just type username root and click Enter) to run the actual recovery.

11. Next, run the following command to launch the recovery process. The rescue system will compare the disks, examine their configurations and prompt you to choose disk layout configuration. Press Enter to proceed with auto disk configuration.

Then it will start the system layout restoration, once the disk layout is created, it will restore the backup as shown in the following screenshot. 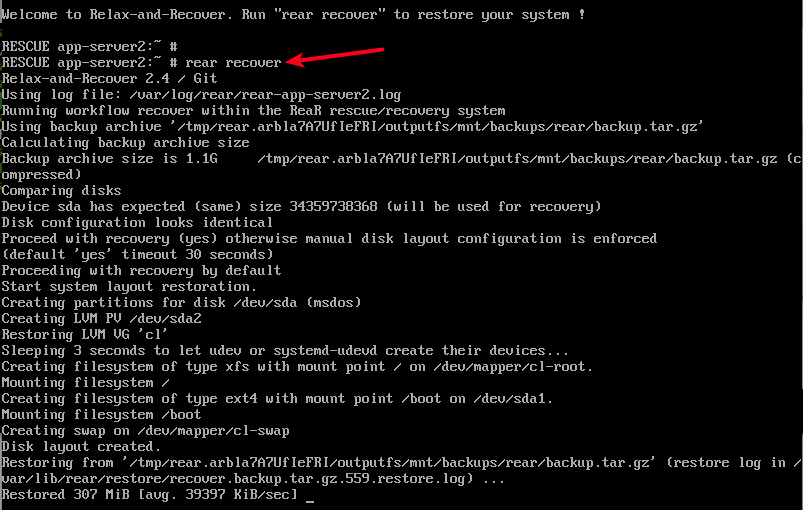 12. When the backup restoration is complete, the rescue system will run mkinitrd to create initial ramdisk images for preloading modules, then install the boot loader and exits. One the system recovery is done, the restored system will be mounted under /mnt/local/, move into this directory to examine it.

13. After a reboot, the SELinux will try to relabel files and file systems on the recovered system based on /mnt/local/.autorelabel file, as shown in the following screenshot.

The ReaR is the leading, easy-to-use (setup-and-forget) and open source bare metal disaster recovery and system migration framework. In this article, we explained how to use ReaR to create a Linux bare metal rescue system and backup and how to restore a system after a disaster. Use the comment form below share your thoughts with us.