There is a numerous number of terminal-based games to play on Linux. Yes, sometimes you need to move away from the configuration files, monitoring tools and so on – get your mind refreshed for a few minutes with games on the terminal even when your working.

In this article, we will show you how to play Space Invaders in a Linux terminal, a free and open source terminal version of the well known GUI Space Invaders game.

The main duty is to defend the earth from Space Invaders; a huge block of aliens by controlling warships on earth (at the bottom of the screen). Before you can play space invaders, you need to install it via the terminal by simply typing the following command (Note that you must have the universe repository enabled for Ubuntu systems):

After installing it, you can play it by running the ninvaders program like this:

You’ll see the interface below once you have launched it, press the Space bar to start playing the game. 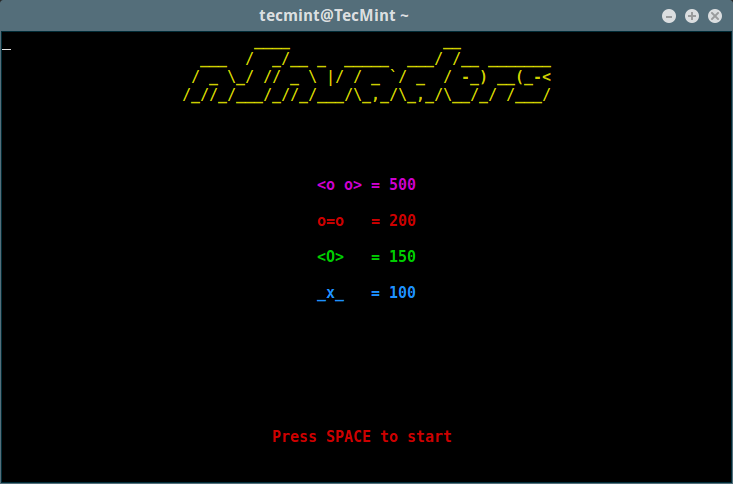 Use the Left and Right arrow to move the warship left and right, then shoot with the Space bar. You can escape the descending bullets from the aliens by moving sideways or simply hide under the large stationary blocks (light green) for cover. Your purpose is to kill all the aliens. 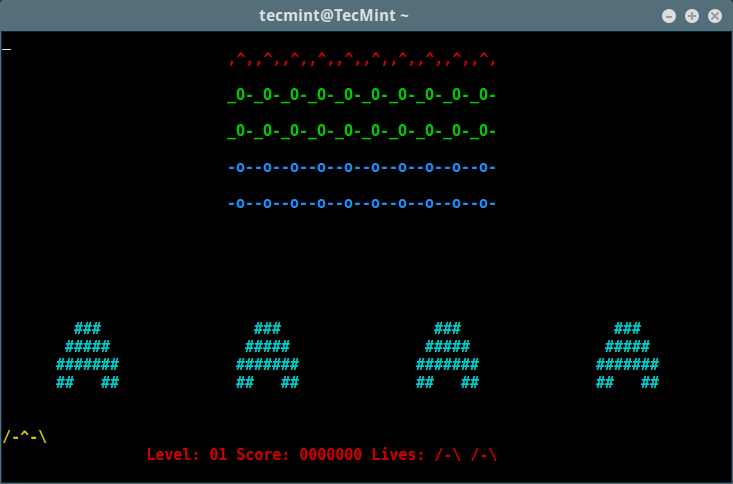