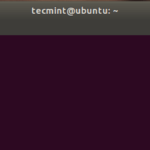 When it comes to accessing remote devices such as servers, routers, and switches, SSH protocol comes highly recommended given its ability to encrypt traffic and ward off anyone who might try to eavesdrop on your connections. Be that as it may, the default settings of SSH are not infallible and additional tweaks are needed to
Read More

SSH (Secure SHELL) is an open source and most trusted network protocol that is used to login into remote servers for execution of commands and programs. It is also used to transfer files from one computer to another computer over the network using secure copy (SCP) Protocol. The below article clearly explains, how to generate
Read More

Each attempt to login to SSH server is tracked and recorded into a log file by the rsyslog daemon in Linux. The most basic mechanism to list all failed SSH logins attempts in Linux is a combination of displaying and filtering the log files with the help of cat command or grep command. In order
Read More