In this article, we will share a number of Bash command-line shortcuts useful for any Linux user. These shortcuts allow you to easily and in a fast manner, perform certain activities such as accessing and running previously executed commands, opening an editor, editing/deleting/changing text on the command line, moving the cursor, controlling processes etc. on the command line.

Although this article will mostly benefit Linux beginners getting their way around with command line basics, those with intermediate skills and advanced users might also find it practically helpful. We will group the bash keyboard shortcuts according to categories as follows.

Open a terminal and press Ctrl+X and Ctrl+E to open an editor (nano editor) with an empty buffer. Bash will try to launch the editor defined by the $EDITOR environment variable. 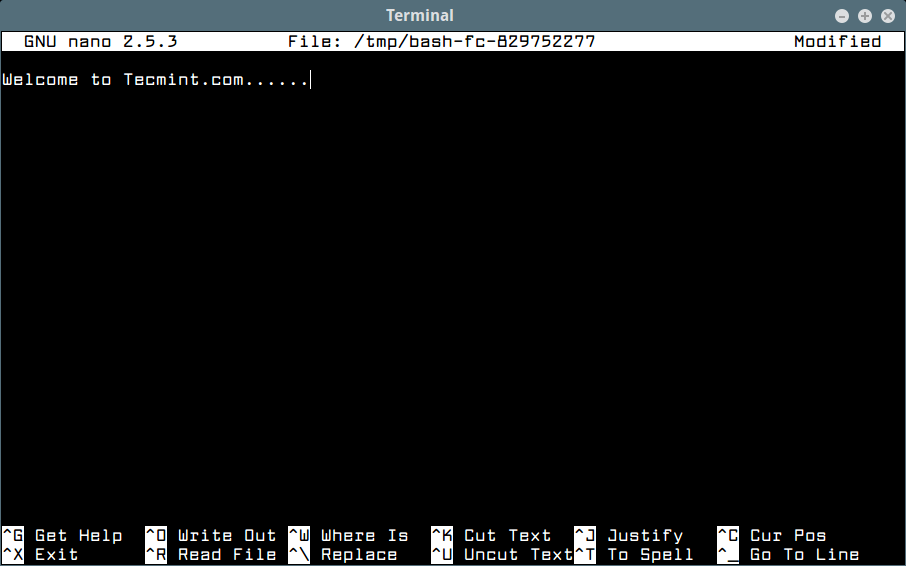 These shortcuts are used to control terminal screen output:

Move Cursor on The Command Line

The next shortcuts are used for moving the cursor within the command-line:

The following shortcuts are used for searching for commands in the bash history:

Delete Text on the Command Line

The following shortcuts are used for deleting text on the command line:

Transpose Text or Change Case on the Command Line

These shortcuts will transpose or change the case of letters or words on the command line:

Working With Processes in Linux

The following shortcuts help you to control running Linux processes.

Learn more about: All You Need To Know About Processes in Linux [Comprehensive Guide]

In the final part of this article, we will explain some useful ! (bang) operations:

That’s all for now! In this article, we shared some common and useful Bash command-line shortcuts and operations.